Just started another diet. I am determined to lose a little weight so as to be healthier. I know I can do this because I have done it nine times already. Each time I have been very successful, but the only problem is that each time I have lost the very same weight after having gained it back from the previous episode of losing it. I know I am not alone in this constant weight struggle. Lots of people lose a bit of weight only to gain it back again.

Most of my life I have been perplexed over this. While I know my friends like to receive compliments about weight loss, it seems they only act happy some of the time. The rest of the time when I have issued compliments I get a negative response. It turns out there is a lot of hidden curriculum around this topic!

Hidden curriculum refers to all the unspoken social rules that run the world! These are the unwritten rules that are assumed knowledge.

Here are some examples where I missed the boat (idiom) because I did not understand the hidden curriculum around talking about the subject of fat:

Example 1: My friend Sherry lost a huge amount of weight – like over 100 pounds. I hadn’t seen her for several months. We made a plan to go to an outdoor art fair. At one point I happened to be walking behind Sherry and blurted out, “Holy man Sherry Moyer – your butt fell off! From my vantage point, it looked exactly like that. Because Sherry is a good friend she laughed and said, “I’m taking that as a compliment!” She went on to tell me my words would not be perceived as a compliment by someone else. I think people are a bit too picky. After all, if I looked my butt fell off I would be pleased to have the whole world take notice and say so!

Example 2: My friend Brenda, on her way to a meeting, directly asked me, “Does this suit make me look fat?” The day before she had asked me nearly the same question and I had given an answer that was accepted as supportive and kind. Problem was – I couldn’t remember what I had said. I decided to hook into my comment of the previous day and in the most reassuring voice possible I replied, “You don’t look anymore fat today than you did yesterday.” Let me tell you – that did not produce the intended results!

Example 3: Many women like to wear clothing that makes them appear thinner than they actually are. One time a friend and I were presenting together for a few days. She had gotten two new sweater sets. The first day she said out loud, “I hope these new sweater sets don’t make me look fatter than I am. Do I look OK?” to which I replied, “Yes, you look fine.” The next day she put on the second new sweater set and was looking in the mirror this way and that way. “How do I look?” she asked. Wanting to be a good friend and knowing she was worried about looking fatter than she really was I responded, “No worries. You do not look any fatter than you really are.” Let me tell you – even though I intended to give a compliment, my words were not perceived as one!

Example 4: I think it is a safe thing to say that nobody wants to be fat. I do not know one single person who wishes they were a fat person. It is good to be a healthy weight so as to avoid all sorts of health problems, but mostly women want to look good. We try all sorts of diets and different sorts of food plans. We walk, run, bike, and do whatever we can to jiggle off as much fat as possible. Even after I have worked very hard to lose weight, I often times am still the heaviest person in the room. I was so very pleased recently when in the company of a handful of others that I blurted out my truth to all exclaiming, “I am so glad that I am not the fattest person in the room!” Funny thing – it got really quiet. Even though every woman in the room who was not the fattest person was secretly very happy about that fact, unlike me, they did not voice it.

I have learned some of the hidden curriculum about fat. Nobody likes to be fat. No compliment should contain the word fat in it. Newly skinny people often do not like to be reminded they were once fat. And no matter where you are in the ranking of women in the room nobody else wants you to announce the comparison unless they are all skinnier than you! 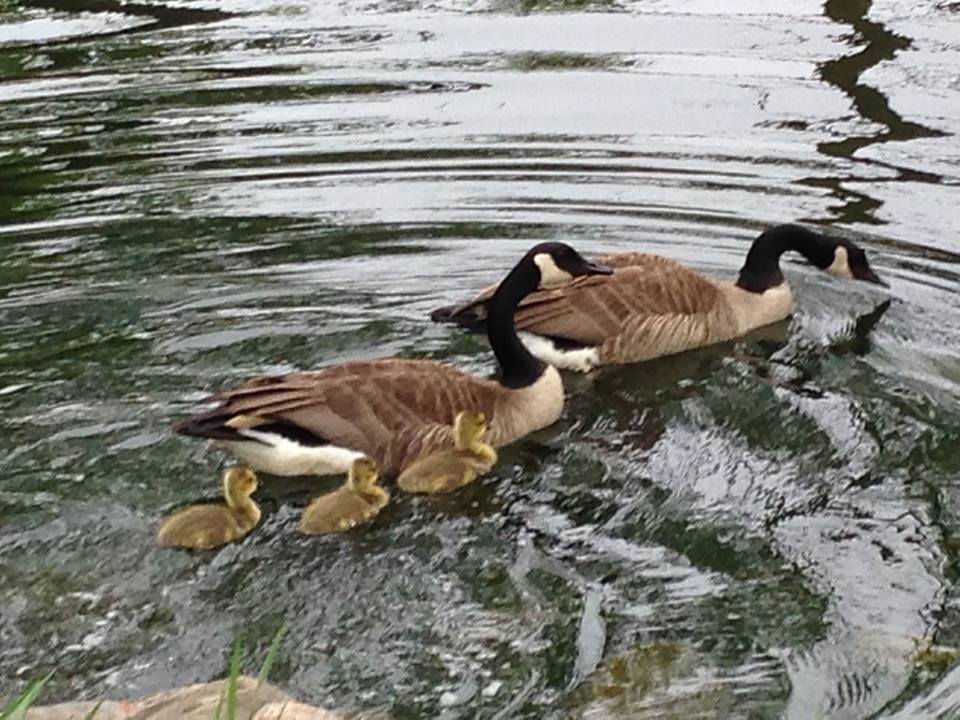 Originally written for and published by Ollibean on May 25, 2015