Because of my autism I often experience sensory overload. Many times this is painful. I have learned that by keeping my sensory system regulated I can avoid some of the pain. Over time, in the process of becoming more regulated, I have found ways to enjoy my unique sensory system.

One of the things I enjoy is a degree of beauty I can see in many things around me. I don’t think neurotypical people often see the detail I do. The reason I think this is because when I comment about something beautiful I am seeing others often do not see it.

Sometimes my ability to see details that others cannot has gotten me into trouble. As a teen in an institution, when asked if I saw things that others don’t see I responded in the affirmative. This ability was mistaken as visual hallucinations rather than a function of my autistic sensory system. I was medicated in a way that turned out to be quite detrimental (Endow, 2009).

Other times my ability to see details in the world around me allows me to see beauty that others cannot see. One example of that is I can see mist rising up from the surface of the earth and I can see that interacting with light. If you’ve ever been on a lake, early in the morning you can see the mist rise up off the water. I am able to see that interaction of light and water particles pretty much all the time in varying degrees.

Because I have learned that it is not in my own best interest to talk about what I can see I have learned to use art mediums to show aspects of the way my autistic sensory system presents information to me. One of those art mediums is acrylic paint. There is a series of paintings illustrating this concept in Painted Words: Aspects of Autism Translated (Endow, 2013). You can also see these painting at my website www.judyendow.com under the Art Store tab. Here is one of example of this series of paintings called Lake Tail Mist. 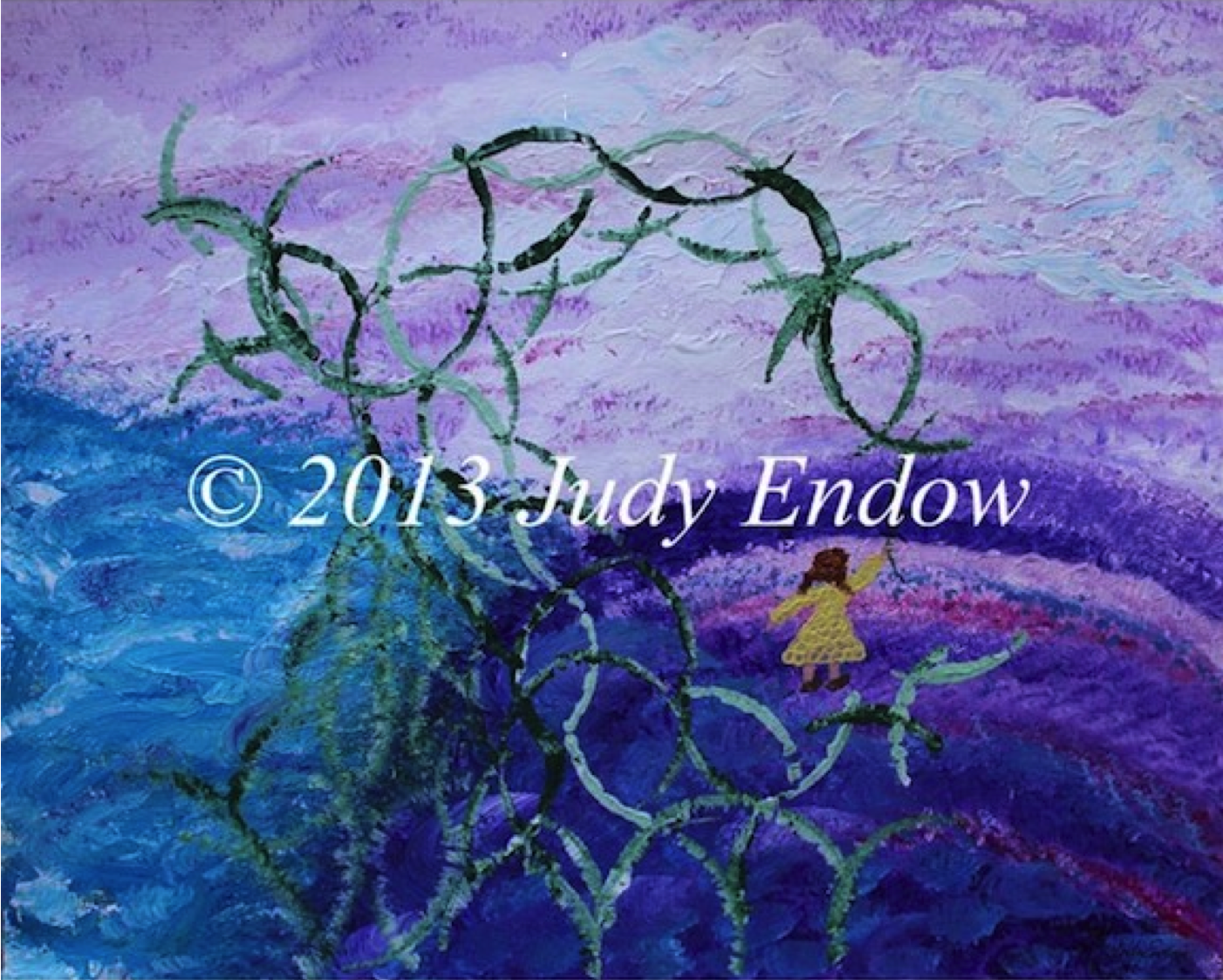 It is important to remember not everybody with autism will perceive things exactly the way I do. Even though, as a group, we tend to have unreliable sensory systems, the way it plays out is not exactly the same from one individual to the next. But hopefully, when people look at my paintings they now have another way to understand that sensory perceptions of autistic folks can be different from their own perception of the world.

Originally written for and published by Ollibean on June 7, 2015

One thought on “Autism and Visual Detail”