Other times the processing delay is related to our general sensory disregulation. For example, one time at a graduation party for a friend I started losing the feeling in my hands. This happens sometimes when I am disregulated. Body awareness fades. If I catch it soon enough and get some input such as squeezes or light scratching on my hands and arms the feeling returns. Since I was at the party with a friend and we were both having a good time I didn’t want to leave, so opted to get some sensory input and see if then I might be able to stay. The friend and I went out to the car. She was squeezing and lightly scratching my hands and arms. I could see her doing it, but couldn’t feel it. Wanting to get back into the party I said, “I can’t feel that. Squeeze harder. Scratch harder.” She complied too no avail. I thanked her for trying and went home while she went back into the party. The next morning I woke up with my arms feeling as if they were on fire. I used ice bags and it took three days for the feeling to subside completely. This is an example of a physical feeling coming in too big along with a several hour processing delay.

To further confound the situation sometimes a processing delay is simply that several years later an element of a conversation or situation pops up and is processed. We all have old memories that sometimes get triggered by current events of the day. It seems when autistics have memories there often times is some delayed processing that happens along with the memory running in our brains.

For example, I recently saw the whole segment of pin the tail on the donkey game from a childhood birthday party delivered to me compliments of my visual thinking style. Back then, during the game I was told by an adult using an exasperated voice to wait a few minutes. I didn’t understand why I was being told to wait because I was NOT asking to take my turn. When this video ran in my head recently I could see that right before I perceived I was being instructed to wait another guest had asked if she could have a birthday cupcake.

It was only then, decades later that my brain processed that scene in a way to let me know that back then the wait instruction was not even meant for me, but for another child. This is important because at the time I thought the cranky sounding adult was assuming I was not acting correctly and therefore I was somehow being a bad person. Autistic adults often experience a pervasive feeling of being somehow bad or wrong and cannot figure out why this has become their truth. I expect that at least some of this is to do with the way our brain processed information from the world around us as we grew up.

Today as a clinician I see this play out for some of my autistic clients as they find their way out of a depression. It is a relief for them to find that some of the story running in their heads about the sort of person they are is based on the way their brains have processed past information rather than a truth about their character. One client summed it up quite nicely when she said, “Wow! I’m not the bad person I thought I was!” 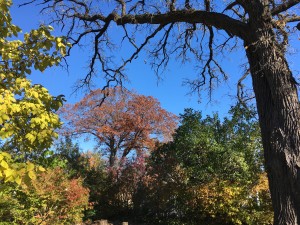