All of us take in information from the world around us through our senses. We have the five senses we all learn in grade school – along with proprioception (body awareness) and another called vestibular (balance). The eighth sense to add to this list is interoception (pulls in information about internal physical sensations).

These senses work together to bring us information from the world around us.  For people with autism, the information gained from the senses sometimes comes in a bit differently than it seems to come in for people without autism.

The three main effects of this difference are that information may come in too big, too small,or distorted. This can happen in any, some, or all of the senses. Unfortunately, the difference is not constant over time, but instead variable.

When this happens, the world can feel unsafe or dangerous. It can feel like being in one of those mirror-distortion houses at carnivals. Imagine if that experience was thrust upon you and you didn’t know what was what – which experiences were real and which were illusions – and furthermore, that you had no way of knowing when it would stop.

This can precipitate varying reactions. It may cause the feeling of having physically disappeared or, perhaps the opposite – that one has become too large to fit through doorway. In addition, we may experience the movement sensation that being on a small boat in turbulent water can bring even if, in reality, our body is standing completely still on solid ground.

Autistics don’t know ahead of time how their sensory systems will deliver information to them. Intensity of incoming sensory information can vary from day to day, from hour to hour and sometimes even from minute to minute. Additionally, it is unknown just which difference (too big, too small,or distorted) might manifest and just how intense an experience might become.

In my personal life when sensory information comes in too big each sense can be affected, but I do not know ahead of time how many senses will be affected. Practical examples of things that can occur include:

Sometimes, but not always, this magnified sensory information can be a delayed experience. For example, I often experience the sounds of a party a day after the party. Another phenomenon in my life is the sound of an ambulance or fire truck siren stays with me for hours. Sometimes is a continuous loud siren for hours and other times the sound drops in and out, causing startle reactions each time it starts anew.

When the sensory information is delivered in a minimized way autistics often miss out on important things. For example, if the sound of a teacher or boss’s voice is not salient enough to be tracked for a few hours it can negatively affect our performance. It is difficult because there is no warning signal that lets us know that information is not coming in strong enough so there is no way we can know to seek out what we are missing. Even so, because most people pick up the information, it is often unrecognized that autistics are experiencing sensory differences and a negative character trait towards the autistic is assumed such as not being interested, ignoring instruction or acting rudely.

I have had several students over the years that sometimes run their hands across all the lockers as they walk down the hall. Lots of autistics – students in schools and adults I’ve seen in clinic settings – will all of a sudden lie down on the floor. Often, this is identified as “a behavior” because that is how it looks to the adults in the room.

In reality, their sense of proprioception has faded to the point where it becomes difficult to feel their bodies. If the fading is not extreme they may run their hands across the lockers when walking down the hallway. If the proprioceptive fading is more pronounced the quickest way to get the feeling back to the body is to get as much of the body as possible in contact with a hard surface. Thus, lying on the floor becomes the solution.

Sometimes this solution can pose a problem like the time an adult client employed the solution in the grocery store parking lot! Her staff reported that she “would not get up until she was good and ready” to do so. Her reality was that she could not get up until her sense of proprioception returned which enabled her to get up.

To ensure safety when in the community this client received proprioceptive input (swinging or jumping on her trampoline) before going shopping. The proactive proprioceptive input meant she was much less likely to lose the feeling of her body over the next couple of hours and thus would not need to employ the solution of laying down either in the parking lot or in the store in order to restore her sense of proprioception.

When sensory information comes in distorted we have all sorts of strange experiences! When I was a youngster in school I would laugh when my teacher’s voice sounded like it was run through a sound warper. Inappropriate laughter was the report only because nobody else heard and reacted to the funny sound of the teacher’s voice. Thus, my reasonable response given my experience got recorded as “inappropriate behavior.”

I easily become too hot or too cold. Additionally, my body often feels like it does not fit the furniture. These reactions are due to the distorted sensory information I am getting. I must do something to address the situation if I am to be able to concentrate on anything other that feeling too hot, too cold, or not fitting in the chair correctly.

I’ve lived in two houses during my adult life where I experienced the sound of the furnace cycling as a huge rushing wind. It would wake me up at night. I was so glad it was only for a few days at the beginning of the winter season as my neurology was getting used to the furnace sound. This enabled me to wait to turn the furnace on for the season until I was home for the weekend. I think it is really odd that even though the air conditioner makes a similar sound as it cycles, it has never been experienced as a sensory distortion.

We do not know when we are growing up that other people don’t experience the world in the same way we do. I always thought everyone else was just better than me. They were smarter than me and they knew how to get along in life much better than I did (Endow, 2011).  Today I know about the sensory norm and the sensory differences from the norm experienced by autistics. It is important to understand sensory differences in the way information is taken in because it has an impact on reading comprehension, conversation and life engagement for autistics. 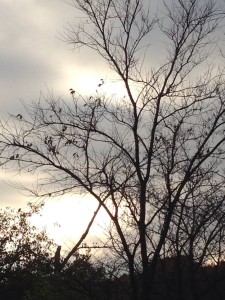