One way people learn is from consequences. For example, if you leave your car parked outside with the windows down and it rains, the natural consequence is that your car seats will get wet. Sometimes a person with authority over another engineers a consequence for certain behaviors as a way to decrease the frequency of unwanted behaviors. For example, a mother or a caregiver might decide that if hitting occurs at the park there will be no going to the park for the next two weeks. This sort of engineered consequence for unwanted behavior works for most people most of the time. It is why we use it to successfully teach our children to become responsible citizens – responsible for themselves, their behavior, their belongings and beyond. These kinds of consequences rarely work well for individuals with autism.

Underlying Brain Functioning
For consequences to be effective in deterring future behavior, a typically functioning brain needs to be in place. For example, if an individual is prone to hitting others when at the park we decide that because he very much enjoys going to the park, the consequence of not going to the park for two weeks will help him to not hit or at least hit less when he does go back to the park.

The underlying brain function that causes this consequence to be helpful in reducing hitting is very intricate and is based on reliability of connections between many areas of the brain. In practical terms it means that in order for this consequence to change the hitting behavior, at minimum, these elements must all function smoothly for the person receiving the consequence:

Most people have brains that can accomplish all the above bullet points. However, people with autism do not. Autistic people generally have brains that do not support the last bullet point. Remember, an autistic brain means the connections between areas of the brain are weak making it difficult for the brain to pull together information from the various brain regions – the very thing needed for consequences to change future behavior.

After a time of bigger and bigger consequences, parents, teachers and caregivers start blaming the person with autism as if he wants to be a bad person. They say he is making poor choices and ascribe character flaws such stubborn and mean. It doesn’t turn out good for anyone, including the autistic.

Ways to Get a Different Outcome
Once you understand autistic brains will most likely be unable to attain the last bullet point in the above list – not because the individual consciously chooses this, but because of the brain functioning available to him – it would make sense to stop using consequences in hopes of changing behavior. But, we still have the hitting behavior. What can we do instead? Here are some ideas that have worked for numerous autistics of all ages whom I have worked with:

A.  Proactively Address Sensory Regulation Daily
Strive to make sure autistic individuals are supported daily in sensory regulating activities. As an autistic myself, daily sensory regulation allows me to be employed and go out into the community each day. It is the same for others I’ve worked with. For the individual in the example, when he was well regulated he was able to cope with unexpected events better. This meant he was less likely to hit.

B.  Plan Schedule Ahead of Time
It is important for most of us to know what will happen ahead of time. This is true no matter how our autism presents. Very few autistic people can track a verbally recited chain of events that are to happen in the future. Some people need a written list. Some need a picture schedule. All of us, regardless of how autism presents in our bodies, like to know the plans rather than to have continual surprises randomly occurring.

C.  Stop Talking
As autistics get overloaded in sensory, social or emotional aspects of situations the ability to process and comprehend verbal input decreases. Helpers typically “help” by talking more. This is the opposite of what is actually helpful to autistics in tense situations.

D.  Use Alternative Communication
Even for a person who is highly verbal, an alternative way to communicate becomes essential in tense or overloaded situations. For example, one individual I worked with had a key chain with mini pictures of the van, a bag of peanuts (his favorite snack), his house, and his favorite video game. When he was having difficulty in the community, I would hand him this key chain. Offering the key chain was a nonverbal way to communicate our exit plan.

E.  Use Positive Reinforcement
In this example the pictures on the keychain showed the order of events and included two reinforcements. First picture was the van. Second picture was the bag peanuts that were in the glove box in the van. Third picture was his house where his favorite video game (fourth picture) would be available upon arriving. Thus, positive reinforcement got him out of the park when needed so as to prevent the hitting from occurring.

F.  Plan and Practice Exit Strategies
Use preplanned signals or visuals to exit a tense or problematic situation BEFORE any problem behavior can happen. In this example the keychain with mini photos was our exit strategy. We went to the park on three different occasions specifically to practice using the exit strategy. Once the strategy was practiced, including eating the peanuts on the ride home and playing the favorite video game, we then went back to the park for an hour – our usual park time. It was important for this young man to actually get his park time.

G.  Assure Social Understanding
After a difficult time and the individual is settled down remember to go back and insure social understanding of what happened. Most autistics are literal and concrete by nature. Social situations are rarely literal and concrete. Thus, we are prone to have a different take on social situations than most other people. I have found it helpful to draw out a situation, finding out the autistic person’s take on it and leaving space in the stick figure cartoon frames for the thought bubbles of other people. Often times the way other people think is a surprise to autistics because it makes no sense to a literal and concrete mind. Social constructs and socially accepted behavior in society are based on this thinking style of the majority. Many autistics benefit in learning this social information. 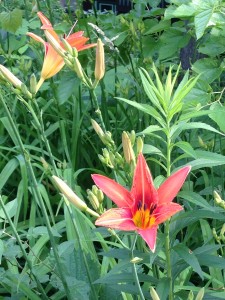