Another April has passed – big sigh of relief! As an autistic I have a love/hate relationship with April – the AUTISM month. I love that increasingly more people over time have become aware of autism. I hate that Autism Awareness month contributes daily to many negative stereotypes of autism, most of it by people meaning to do something good on behalf of autism.

As an autistic, I am meant to be grateful to all these wonderful people who are sacrificing their time, talent and money to be helpful to people like me. Some of the time I am grateful, but not always. In fact, even though I used to love Autism Awareness month, last year I began resenting autism awareness as “the accomplishment” of the month of April. We really do need acceptance of autistic people and before you say you accept autistic people, please read on and consider…

Awareness Leads to Acceptance for Most Disabilities

People who are aware of blindness do not expect blind people to try harder to see.

People who are aware of seizure disorders do not expect those who have seizures to try harder not to seize.

People who are aware of paraplegia do not expect paraplegics to try harder to walk.

Awareness Does Not Lead to Acceptance of Autistics

People who are aware of autism DO EXPECT people with autism to try harder to act like they are not autistic. This is why autism awareness is not enough. As a society, we do not need to have a specific campaign for acceptance of other disabilities, but because society expects autistics to try harder to act non autistic and then blame us when we fail to meet their expectations, we DO NEED a campaign separate from autism awareness to clue people in that autistics really need acceptance.

Once again the month of April has come to an end. Everyone should be well aware of autism. Are you? If yes, will you please start accepting autistic people?  Autism bestows upon each of us a unique mixed bag of blessings and challenges. Awareness means you see the challenges, the behaviors, the not fitting in with the rest of society. Acceptance means you stand with us in learning to use our strengths to outsmart the challenges autism puts in our way so we can be all we want in this world. Expecting us to look and act neurotypical is not acceptance – it is merely autism awareness. April is officially over – we have had enough awareness already! Now that we know better let’s do better. 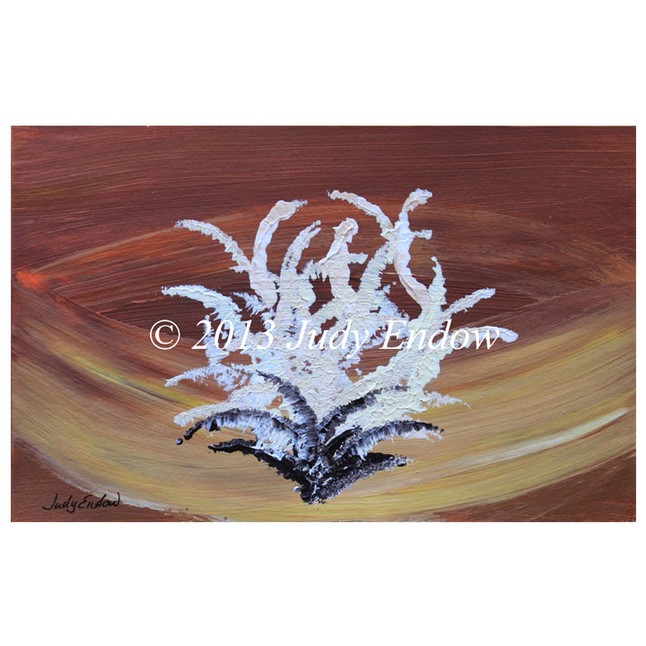 Painting is Goldenrod 3
Available in sets of 5 greeting cards
and acrylic prints in three sizes
in the Art Store at www.judyendow.com

Originally written for and published by Ollibean on May 19, 2014