As I worked on another year’s worth of daily hidden curriculum items, much to my delight, I discovered that it appeared that all the individual hidden curriculum items on a given topic had come together on their own! Brenda Smith Myles refers to this as having enough similar experience to enable critical mass development (personal communication, 2010). She has since written a book about this topic called Excelling With Autism: Obtaining Critical Mass Through Deliberate Practice(Myles, Aspy, Mataya & Schaffer, 2018), which is pretty much a mirror image to my personal experience.

For me, “it was as if those [individual hidden curriculum] items had somehow morphed into my general operating system. I no longer needed to intentionally go on a search-and-find mission to uncover a pertinent hidden curriculum item in order to act on the previous information I had learned and stored.

Another thing I noticed when compiling literally thousands of learned hidden curriculum items was that once there was enough critical mass on a given topic, such as racism, for example, so that the information became part of my operating system, similar topics, in this case, sexism, had also morphed into my operating system even though I had not intentionally noticed and compiled information on sexism. It was just there!

It was necessary for me to learn, item-by-item, many similar, but not exactly identical, items until I had stored enough individual items to create a critical mass. I needed to enter enough data for the critical mass to develop, and once the individual data morphed into a critical mass, it automatically became part of my operating system.” (Endow, 2012, pg. 66-67)

Thus, critical mass development allowed an automated sort of retrieval. For me, the process over time followed the same trajectory and to this day when I want to learn something new I follow the same path of taking in, processing, storing and retrieving information.

Taking In: I learn the new bit of information such as how to remove and charge the camera battery by reading about it in the instruction manual that came with my new camera.

Processing: Initially, once I understand the instructions, I manually decide this information will go with other information about my new camera.

Storing: I slide in this newly learned information under the topic category of Cannon T3i that I can see in my head.

Retrieving: I know that when I learn new things it works best for me to intentionally store any information I learn on the new topic under that topic category as it makes for more efficient retrieval.

I have come to learn that over time, as my brain develops enough critical mass in different areas, information tends to automatically duplicate itself into other pertinent categories. In the above example I know that I deliberately created a Cannon T3i topic category and visually watched the information on how to charge the battery slide under that topic category in my head.

Three years later, after not using the camera for some time and needing to charge the battery, I was quite surprised when my visual thinking pulled up Batteries/Charging/Cannon T3i. I had never intentionally stored the information in this way, but my brain had developed enough critical mass that it was able to duplicate and plunk that information under another whole topic of batteries! I am learning critical mass development allows for a more efficient retrieval of stored information. Today I am amazed all over each time I see that my brain has automatically stored and retrieved yet even more data. It is quite miraculous to me! 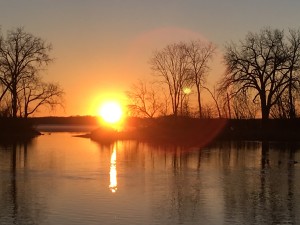