For me, every bit of incoming information was stored separately as I grew up. It was also stored in a sensory fashion. Just like typical people do not consciously decide how their brain would store information, neither do autistic people. Even so, it is important to consider because it impacts all of life.

For example, I can remember taking a history test in seventh grade and it took me much longer than it took other students. It was because of the way the information had been stored when I was studying for the test. I had studied in multiple locations so I had to go looking for information by visualizing the sparkles I saw from the fluorescent lights in the history classroom. Then, I recalled I also studied in the morning study hall where the outside lighting was coming in at a slant so had to visualize that in order to gain access to the information studied in that location. Next, I had to visualize studying in my bedroom with incandescent lighting in order to look at that chunk of information.

Because my brain had automatically stored cognitive information according to sensory environmental lighting conditions it took much longer to retrieve it than it would have taken if it had all been stored under a topic or category such as “history.” First I had to understand the schemata in order to even begin the search for information in my storage system. Next, I had to be able to visualize (or put myself into) the visual sensory condition at the time the history information was stored. Therefore,

THEN I would be missing some information needed to answer some of the questions. This would directly have a negative affect on my test score.

Over the years I have learned about all sorts of unique storage systems from students and clients with whom I’ve worked. I believe it is important to find out this information because it directly impacts the learning or therapy outcome.

For example, I had a student who was academically gifted, but was failing one of his favorite classes. I met with him to try to figure out why he was failing and to right the situation.

The way I usually interface with individuals who are able to talk with me is to check out how they take in, process, store and retrieve information. So, first I asked him to show me how the important astronomy information landed in his brain. I wanted to make sure he was taking in the information.

Then I checked on how he retrieved information. He said, “Duh…..I just pull open the right drawer and fish it out.”

Next I thought time might be a factor so started asking things related to how long it took him to look through the drawer and if he had to sometimes look through several drawers before finding the information. He responded that he always looked in the right drawer first try. This told me he had processed the information before storing it.

It looked to me that he had a working system for handling information. I was a bit stumped so commented about needing to find the breakdown in this system that had served him well all through his school years until now. He told me nothing was wrong with the system. It worked fine, but some of the drawers had been shut down for business.

This took some time to tease out, but in the end I learned that when a card catalog drawer became full it automatically shut itself down for business. This meant he had nowhere to put additional information that would have gone in this drawer had it not been shut down for business. Because the drawer was full there was no room to add any new information so he simply didn’t store it. I assured him that since he had figured out one solution (discarding information when the drawer was full and therefore shut down) he could figure out more. I commented that it would be great if there might be a way to have self-expanding drawers so that once they reached capacity they would automatically regenerate the original space.

The following week when I saw him he said he really hadn’t done anything at all, but the next time he had read astronomy material the full drawers that had previously been shut down for business, unable to store any additional information, had somehow lengthened on their own so there was now plenty of storage room in all drawers of the library card catalog storage system.

He had to go back and read over about three weeks of assignments to pick up the missing information and get it into his storage system. Over time, it did turn out that each time a drawer in the storage system became full it did self duplicate the physical space of the original drawer so as to be ready to take in and store more information. This is but one example. I believe it interesting to note that I have never found two autistic people who have identical storage systems. 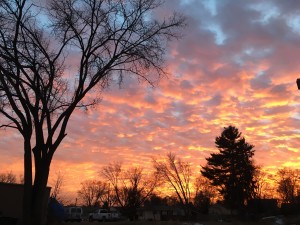