As an autistic, I know first hand how my communication abilities are different from the neuro-majority people around me. Most people do not understand my differences because I can speak. On the surface my communication abilities appear normal. This make it very difficult for people to understand when I need accommodations they are just that – accommodations – not personal preferences.

For example, even though I can speak to crowds of thousands of people my neurology does not permit me to engage in telephone conference calls in a meaningful way. The most I can do is listen, but after a few minutes I cannot process the words of the several different voices I can hear over the phone line. Actually speaking on a conference call is not something I am able to do.

I have found some online video chat alternatives that do work for me and allow me to participate in national work groups. It is necessary for me to see the people and to have the person talking visually highlighted so my brain can process the words that are being spoken. Also, I need to be able to type my words because I am not able to access meaningful spoken words when tracking and processing the talking of the group. Group Skype and Go To Meeting are two platforms that allow me to participate.

It is difficult for people to understand that a person who speaks internationally would find it impossible to participate in a telephone conference call. I totally get this because I too find it difficult to understand! Even though I have lived in my body for more than 50 years now, I still do not always understand it, but have learned to believe it and work with it, outsmarting the difficulties of autistic neurology to be and do what I want in this world.

My communication abilities and efforts are what they are whether you chose to believe it or not. I understand and can say this because for many years I did not believe my own body could betray me so often. However, I discovered that not believing in it never once changed it.

This is because the majority holds the power in bestowing upon the minority. The assumed power of majority makes you superior, whole and right while making me less than, broken and wrong. You and I do not decide these things, but they are the societal assumptions we live by. In fact, you don’t even have to think about it, but if you do – whether you like it or not – being part of the majority gives you power over the minority. How do you use your power?

Many adults fear that if they listen to their child’s behavior or words they will be “giving in” and spoil their child. They fear their child may get away with something. After all, how do you know when it is the autism and when it is behavior? In my experience it is rare that it is only behavior. Instead, it is most often a function of autistic neurology – the way a person with autism understands and interacts in the world.

But even if you remain skeptical, the least dangerous assumption is to believe it is the autism. If you assume it is the autism and you are wrong your child may “get away with” some behavior until you get it figured out. If you assume it is willful bad behavior and you are wrong your relationship of positive regard and trust with your child will have suffered. Your child needs you to be on his side, to believe in him. When you don’t believe in him you effectively silence him.

Just because majority power has been used to silence autistics since the beginning of time, especially when it comes to our communication differences, doesn’t mean we need to continue on this course. People changed their belief about the world being flat when they saw it was not true.

I have hope that people will someday change their beliefs about how autistics communicate when they see what they believe is not the truth. It is why I am writing this blog! In the meantime, please know all autistics are human beings – whether able to speak or not we communicate, we have feelings, we have empathy, and just like you we need to love and to be loved – whether you believe it or not. 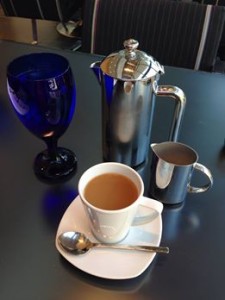 Originally written for and published by Ollibean on November 6, 2014