When it comes to autistic individuals, those whose brain gloms onto concrete thinking are often our rule followers. They know exactly how things are meant to go and they follow their perceived routine, doing things exactly in the same way every time.

One time I was called in to a high school because a student on the spectrum had picked up a tabletop copy machine and threw it on the floor, causing considerable damage. This situation was cartooned and the problem discovered before we even got to the event of throwing the copy machine to the floor.

This student asked if I could write swear words in the word bubble because he actually had said a swear word, but the rule was no swearing in school. I knew he would get stuck on this if I didn’t find a way through for him because his cartooning needed to be accurate and he also needed to follow the rules. Therefore, I showed him how to write a swear word using asterisks in place of some of the letters.

When he got done with that frame I commented he must have been really ticked off about something to use a swear word, especially since he was such a great rule follower and the school had a no swearing rule. He told me, “Not mad, not sad.”

I accepted that and then added to the frame showing the bell had rung. (An empty frame that had the letters bzzz to indicate the bell sound.) I added a stick figure and a thought bubble and prompted, “Tell me the words to write in your thought bubble.” Using this visually concrete way to elicit the timeline of events along with his thoughts worked well.

The words in the thought bubble turned out to be the internalized rules he had made for himself on how to read a book. The steps were actually numbered! He had made this list when he was a very young boy and his parents read him storybooks. The rule list went through such things as turn open the cover and the front page one, turn each page and read each word until there are no more words or pictures, turn any remaining pages, turn the inside back cover to close the book.

I could see the problem! He was using a preschool set of rules for reading a picture book and now he was in high school reading chapter books. The rules no longer worked! Generally, a chapter book is not read in one sitting. How frustrating to take out his book for pleasure reading each time his seat work was finished and to start reading on the same page one over and over! He said, “I follow the rules as I know I should. Over and over, again and again, but never do I get to the end of my book. It must be because I’m stupid” (Endow, 2006).

We needed a solution that would work for his neurology. When I suggested that since his old rules were meant for childhood picture books maybe he could update the rules to cover chapter books he disagreed. He wasn’t changing the rules. They were the rules!

The next time I saw him I brought several bookmarks with stickers of his then favorite Toy Story movie. He was invited to make a set of rules for how bookmarks worked that could fit into his rules for reading a book. It worked!

Once again, understanding his neurological style of thinking dictated by the way autism played out in his brain allowed for a resolution to the behavior of throwing his book each day at the end of math class which culminated in a frustration big enough that on his way out the door one day he picked up and threw a copy machine.

Even though throwing things was the behavior problem I was called in to solve, it wasn’t the real problem. Finding the glitch – that place where his autistic style of thinking did not interface well with the world around him – is what was needed. Then, once the real problem is discovered we needed to come up with a real solution – one that worked for him – i.e., bookmarks!

Simply giving him a rule such as no throwing things may have served to cut down on the throwing, but the frustration would have grown and he would have engaged in an alternative-to-throwing behavior. We often give our students rules about what they can and cannot do around their behaviors. It seems to make sense, especially when they are rule followers, but it rarely pans out as a viable long-term solution.

Additionally, we have the science that allows us to extinguish a behavior. In the long run it usually doesn’t serve anyone well to simply extinguish a behavior because that behavior is a solution for something – in this case to release the pressure that came from feeling compelled to follow a set of rules that no longer served him well. When one behavior is extinguished it is soon replaced by a new behavior that is always a more intense behavior. It doesn’t work to just say no to behaviors. We need to find the glitch – that place where autistic neurology doesn’t interface smoothly with the context of life – and outsmart that place based on that particular individual’s neurology. 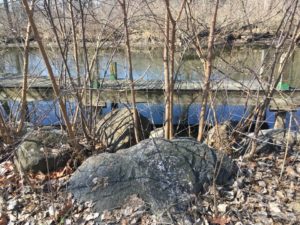