For most of my life airports have befuddled me. It didn’t so much matter earlier in my life because the only time I used an airport was to go to visit my parents in another state. Back then, before we had the heightened security of today, people were allowed to meet passengers as they stepped off the plane which allowed me to simply follow them through the airport without needing to concern myself with the confusion all around me.

Then, airport security changed. People picking up passengers could no longer go through the security checkpoint. I had to figure out how to navigate on my own after deplaning. No problem yet! I was able to get myself all the way to the luggage retrieval carrousel in this one airport as I had traveled the walking path many times. Eventually, I could exit the door to curbside pick up at this one familiar airport.

Then came a wrinkle in my navigation. I met a friend who lived in new-to-me city that had a much smaller airport. A smaller airport didn’t make it easier because size didn’t matter to me – familiarity was the comfort factor. This new airport was novel. “NO, NO, NO!” is how I react to anything novel. Even though at the time I had just passed 50, I felt I did not have the experience to navigate a strange airport on my own.

My friend assured me I could do this. “It will be ok,” she encouraged. “You only have to walk a few steps. Just follow the other passengers. It is impossible to get lost. I will be right there waiting for you.” Sounds really simple. Not so, I knew. A confounding factor is that I have poor face recognition, especially in crowds of people. Even though I knew my friend would be waiting I also knew that I wouldn’t recognize her. We made the plan that she would say, “Hello, Judy Endow. It’s Brenda Myles.” The plan worked.

Good thing because I soon began to be invited to speak in places that required me to fly. Each time was so nerve-wracking for me until one day my friend Brenda explained to me how airports are all laid out the same way. Even though the floor plans of each airport is different they all have check in, security, departure gates, luggage pick up places, etc.

Once the rhyme and reason of airport layout was pointed out to me it made sense. There was a familiar pattern that I could count on. I felt a bit stupid for not ever having realized this, but that is the way my autism plays out for me. This sort of ordinary information that most people just automatically pick up often needs to be directly pointed out to me. Once this hidden curriculum information is directly taught, I totally get it and never again need to be told. My neurology can then accumulate the critical mass necessary to enable me to navigate airports automatically without needing to think through each step each time while using an unfamiliar airport. Understanding hidden curriculum is sometimes necessary in critical mass development that allows for my autopilot mode when performing tasks. In this example the hidden curriculum that the general pattern of navigation through an airport rather than the floor plan of every particular airport was the salient information needed to be directly taught to me before I was able to accumulate enough experience to develop the critical mass that enables me to now navigate any airport without much effort at all.

In fact, today I fly all over the country and no longer get anxious about navigating an airport. Besides having learned the general components of airports and how they are set up I have also learned that I can ask for directions if I should get lost inside an airport. In addition, I have learned to look for signage inside an airport. Again, I didn’t know to do so until it was directly pointed out to me. It is another one of those hidden curriculum items most people just seem to know, but doesn’t come naturally to me. (Just so you don’t get the idea that I have an intellectual disability, I would like to insert here that I got a near perfect score on the ACT when I took it in my 30’s.) My difficulties have nothing to do with lack of intelligence, but everything to do with my autism neurology!

Besides becoming successful in airports around the country, I now go out of the country and have added the passport and customs protocol along with foreign languages to my repertoire of airport navigation. The first time I went on an international flight all by myself I was nervous about checking in using my passport. This was something new. I detest new things!

I arrived at my hometown airport plenty early, approached the self-check in kiosk and followed the directions. During the process a directive flashed on the screen instructing me to “please swipe passport.” My brain automatically defaults to a literal interpretation of everything I take in. I don’t decide to do this. It is just the way my brain works. In addition, I think in pictures. This means that pictures pop up in my head. The first picture my brain had recorded for “swipe” automatically popped up when I read “please swipe passport.” This picture involves a pickpocket theft – the thief “swiping” a wallet from his victim.

I was appalled by what the kiosk was directing me to do. How awful to have to steal a fellow passenger’s passport! I clutched onto my passport even tighter in case the guy at the next kiosk might try to swipe it. I intentionally took some slow deep breaths trying to calm myself while keeping an eye on the potential thieves all around me. It was hard to calm down. I looked at the directive “please swipe passport” still on the screen I loudly announced, “I’m sorry, but I can’t do this!”

An agent came over, looked at the screen, took my passport and swiped it – just like I swipe my credit card at the grocery store. Once I saw that I realized exactly what the kiosk directions meant because I have swiped my credit card many times. My brain just hadn’t pulled up the right “swipe” picture.

Since that time I have become much more comfortable in airports. It has made my life bigger. I recently returned from a trip to Paris, Lisbon and Madrid, able to fly and navigate solo even when new languages are added into the mix. I can now find myself a taxi and get to my hotel after my plane arrives at its destination without even speaking other languages. I simply write down the address of where I am going and give it to the driver. Along the way I have learned that I can successfully deal with the unplanned surprises that come up. Ultimately I can get where I am going without being any more frazzled that the average passenger. Chalk this up as something more a person can learn after 50. I have learned not to assume an autistic person will never learn to do something. We cannot predict what another person will be able to learn in the future. Soon I will be 60 and am wondering what new things I will learn in the next decade! 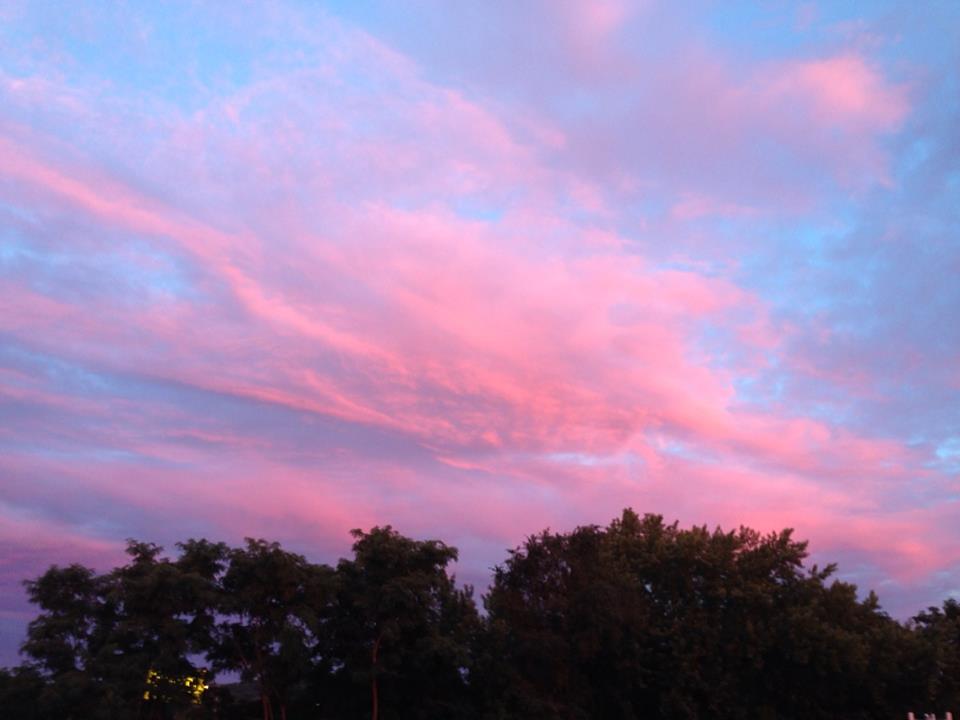 Originally written for and published by Ollibean on July 10, 2014