There are good reasons why many autistic people do not want to be publically identified, such as having it stated on an ID card/driver’s license, as having an autism spectrum disorder. Even though autism awareness campaigns of recent years have produced a society that is now pretty much aware of autism that awareness often includes misconceptions and stereotypes of what an autistic person is actually like in everyday life.

Here are some everyday misconceptions and stereotypes from my own life in recent months:

“Oh, don’t worry! You cannot have autism because you talk.”

“Autistic people can be sweet on the surface, but are prone to violence at the drop of a hat. They can switch from docile to killers in an instant.”

“Everybody knows autistic people are antisocial….no good ever comes of being antisocial.”

“People with autism rock, wear hoodies and hurt themselves. I just stay away from them…don’t want them striking out at me just because I get in their way.”

“Either they are smart likeTemple Grandin or a killer like Adam Lanza.”

Misconceptions about who I am as an autistic person abound. I do not always choose to disclose my autism when in public because when I have done so it has not served me well. It seems John Q. Public is indeed aware of autism, but that awareness doesn’t include many useful facts. Thus, public perception of autism is largely based on what is picked up in the news, from TV shows and from other, mostly uninformed, people.

When people are aware of something such as autism it seems they start soaking up tidbits of autism related information as if they have feelers out for this information. I think it is similar to the phenomenon that once you purchase a new car you start noticing all the other cars of that make, model and color as you drive around town. Once you are aware of autism you notice when others are talking about anything related to autism.

The problem with where we are at this period in history is that nearly everyone in our society is aware of autism. Their feelers are out and they pick up various sorts of information to inform themselves. Some of that information is merely another person’s misinformed opinion. Sometimes it is the misperception of news stories that link crimes with a person’s autism. Other times society is lured into thinking an autistic person is like a sitcom character such as Sheldon in Big Bang Theory or Max in Parenthood.

Additionally, there seems to be a high degree of invented knowledge. This happens when a person has autism awareness and adds in the neighbors ideas, the news media stories and maybe the information from the friend whose sister’s next door neighbor’s babysitter said….and then John Q. Public adds this sort of information in the hopper of his own sketchy understanding. Together, his sketchy awareness of autism along with his newly heard autism tidbits serve to invent for him his own explanation about people with autism.

This is how the general public comes to their understanding of who I am as an autistic person. Their understanding causes them to believe things about me that are not true. And based upon their beliefs – often, erroneous beliefs – they treat me in a way that makes logical sense to them in the moment. What makes logical sense to a police officer, a fire fighter, an airline attendant, a grocery store check out person, a teller at the bank, a cashier at a department store – or any other place where an ID is requested is typically based on a mix of truth and fiction about autism in general. If my ID is marked in a way to broadcast that I have autism I will be treated in accordance with that person’s current working bag of awareness, hearsay and assumptions about autism. Some will have real knowledge, but most people at this point in time have very little real knowledge about autism – only the socially accepted awareness enhanced by news reports linking autism to various crimes.

I do not choose to disclose my autism in most of the situations stated above. The times in my life when I am out and about in the public and do choose to disclose I have occasionally been pleasantly surprised by the understanding and accommodations offered by others. But more often I have been unpleasantly surprised by the assumptions made about me. I know only too well the consequences reigned down on me when John Q. Public is aware of autism. Sometimes it means a person will raise his voice volume thinking that somehow I, an autistic person, will understand him better if he speaks to me more loudly. Other times it means mall security is called because it is assumed my behavior will become violent after a friend discloses I am autistic as an explanation for the uncoordinated movements and loud voice that happen to me when I am in sensory overload.

Because at this point in history society is well aware of autism, but very short on understanding autism in a way that leads to acceptance I am not willing to have my ID card state to all who see it that I am autistic. While in rare instances it may be helpful, in many more instances it places a target on my back – one that might as well say “shoot me.” This is very real to me and to many autistics. It is why we do not want to have our IDs stamped with something that can be likened to wearing a scarlet letter – a scarlet A for autism. It simply is not safe in a world where awareness of autism is the status quo. 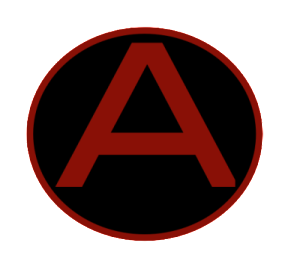