Please know that the behavior of people with autism makes sense in the context of their experience of the world around them. Because typical people do not share our context they are not often able to assign correct meaning and motivation to some of our behavior. They do their best by assigning meaning to our behavior based on what the behavior would mean were they themselves engaged in it the behavior. Often they arrive at wrong conclusions. Sometimes they even assign negative character traits to us based on their wrong conclusions.

Example: As an autistic I can readily see environmental phenomena of sun particles interacting with moisture in the air and rising up from the ground. I thought of these things I could see as sun sparkles and world tails. As a young child in the 1950s I organized my world according to this information. This allowed me to know when it would be lunchtime, naptime, dinnertime, bedtime and gage when other things might occur during the day. I could organize my day and come to understand the typical way in which I could expect the day to unfold.

Sometimes, as life would have it, something that was supposed to happen later in the day occurred earlier. For example, I can recall a morning when ice cream cones were passed around before lunch. To my organizational scheme this was out of order. I really wanted the treat, but couldn’t eat it out of order. My solution was to eat lunch first and then eat the ice cream cone. My use of language wasn’t an asset at the time, so I insisted on lunch in a way others perceived as quite unpleasant.

In the example from my own childhood above you can see my intent was not to be stubborn and uncooperative by ignoring or not interacting with others, but instead was quite the opposite. I was trying to preserve the predictable order of the world in the only context available to me at the time – that of sun sparkles and world tails. I needed to do this IN ORDER TO ENGAGE WITH OTHERS – in this example to be able to take the ice cream cone being offered I needed the perceived order of events to take place meaning lunch came before afternoon treat.

When it comes to autistic individuals, try to refrain from assigning motive and meaning to behavior of based on your what the behavior would mean were you engaged in it. Instead, assume that even though you may not understand it, the behavior makes sense to the autistic individual in the context of his experience of the world. This will allow you to more creatively solve problematic situations.

It may be interesting to the reader to know that I am now in my 60’s and I have not shared the constructs of sun sparkles and world tails along with their importance in my early childhood until three years ago when I wrote Painted Words: Aspects of Autism Translated. When I was a youngster I did not have the words to describe it. Even if I had the words and the ability to use those words to effectively communicate I would not have understood how to do so. How would I have known that others would be interested or that this was a topic for conversation when I had never heard anyone else talk about it?

Today I try to get teachers and adult care workers to understand that even if they ask autistics to explain why they are behaving the way they are behaving seldom will they be able to tell you. This isn’t because they do not want to tell you, but is because they do not have a way to do so. Rather than being a matter of won’t (as in “he won’t tell me or he refuses to tell me”) it is a matter of can’t (as in he does not have the language, the skills or the ability to tell me in the moment).

The truth is many times our neurology does not allow us to access the needed information or skill in the moment. I know this is very frustrating for you. It is very frustrating for me too. The most expedient way past this frustration for me happens when others show kindness and assume I am doing the best I can in the moment, regardless of the conventionally assigned meaning to the behavior I am displaying.

Kindness and belief that I am doing my best is often the impetus helpful in accessing the action or words I am having trouble with in the moment. And in cases where I am ultimately not able to access and use the behaviors or words I wish just then, your kindness and belief in my goodness is even more important. It allows me to not be so hard on myself and to have the courage to face my future. I did not ask to be sent to earth in this uncooperative body, but know your response of genuine kindness is so much appreciated whether or not in the moment it serves as a catalyst to access for me. 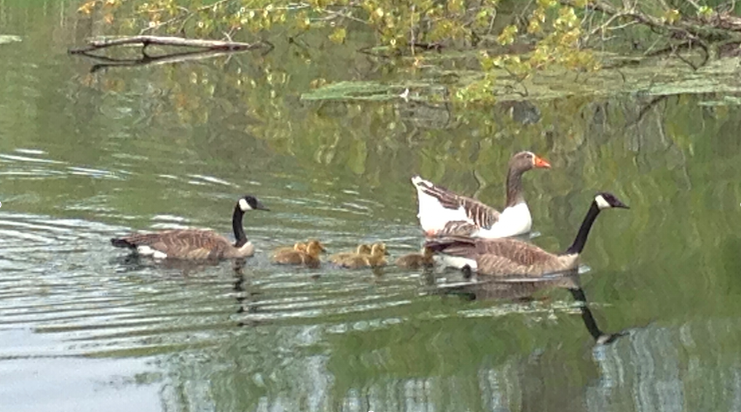 Originally written for and published by Ollibean on May 15, 2016.
To leave a comment at the end of this blog at the Ollibean site click here.